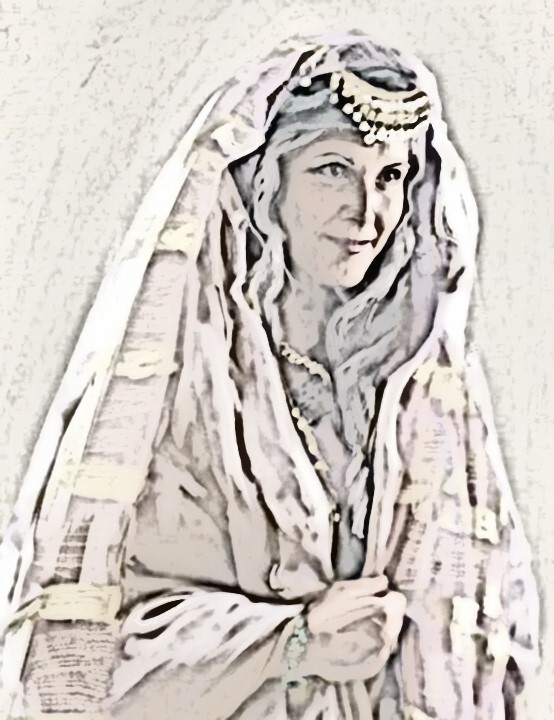 Sarai/Sarah is a very important person in God’s purposes.  His plan to have a nation that belonged to Him depended on her.  The name Sarai carries the idea of “chieftain” or “woman of importance (i.e. Princess).  The difference between Sarai and Sarah is simply a personal one – so from “princess” to “my princess” – or maybe “My Queen”.
I cannot find anything on the internet that might provide a visual aid to her life.  You can search for yourself.  I do recommend that you take this enforced time of isolation to study her life.

Sarah is a key figure in Abraham’s life and is also mentioned several times in the New Testament.
Here are some main points about her:

Sarah was a woman of COURAGE

Sarah was a woman of VISION

One more thing to consider:

Sarah, Rebecca, Rachel, Manoah’s wife, Hanna and Elizabeth are all described as barren.

In order, they gave birth to Isaac, Jacob (and Esau), Joseph, Samson, Samuel and John the Baptist.

These women were all part of God’s great purpose and exercised the kind of faith Mary showed when she said, “Behold the handmaid of the Lord; be it unto me according to thy word.” (Luke 1:38)

Faithful, godly women have been central to God’s purposes.  The difficult circumstances they were called to endure brought glory to God. In each case, their longing for a child reflects the promise of God to Eve.  The seed of the woman will deal with the enemies – Satan, Sin and Death.  Prophecy echoes this.  The birth of the Messiah, Jesus.  The birth of the sons of God through Jesus Christ.  The fulfilment of God’s purposes is described as a childbirth (see Revelation Chapter 12).

The whole point is God our HOPE.  Sarah was given HOPE.

Therefore Sarah laughed within herself, saying, After I am waxed old shall I have pleasure, my lord being old also? And the LORD said unto Abraham, Wherefore did Sarah laugh, saying, Shall I of a surety bear a child, which am old? Is any thing too hard for the LORD? At the time appointed I will return unto thee, according to the time of life, and Sarah shall have a son. Genesis 18:12-14

Here the word pleasure is better translated – JOY.  She questioned the possibility of being a mother – but when God spoke to her faith was planted.

Then Sarah denied, saying, I laughed not; for she was afraid. And he said, Nay; but thou didst laugh. Genesis 18:15

She named her son, Isaac = laughter.  Not some kind of amusement at God’s promise but in a triumphant laugh against doubt and fear.