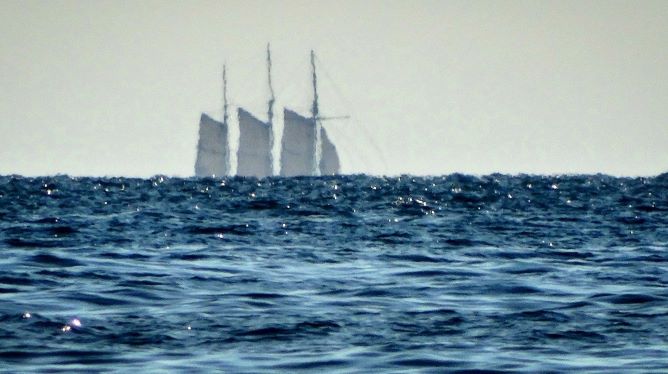 The proverbs in these closing chapters adopt a rhythmic way of bringing wisdom.

Here, the writer humbly confesses that some things are beyond wisdom to explain or understand.  He is amazed!  It is no big thing for a wise person to admit amazement at the things of God’s Creation.  Who isn’t amazed at the way an eagle soars or a snake moves so quickly over smooth rock?  When this proverb was written, people did not understand about the earth being a sphere.  So the wise man admits he does not understand how a ship disappears from sight.  And, like us all, he does not understand the way a girl and boy become “in love” and the way they behave!

Matthew 8:8-10  The centurion replied, “Lord, I do not deserve to have you come under my roof. But just say the word, and my servant will be healed.  (9)  For I myself am a man under authority, with soldiers under me. I tell this one, ‘Go,’ and he goes; and that one, ‘Come,’ and he comes. I say to my servant, ‘Do this,’ and he does it.”  (10)  When Jesus heard this, he was amazed and said to those following him, “Truly I tell you, I have not found anyone in Israel with such great faith.

More so, He was and is amazing:

Matthew 13:54  Coming to his hometown, he began teaching the people in their synagogue, and they were amazed. “Where did this man get this wisdom and these miraculous powers?” they asked.