Proverbs 6:16  There are six things the LORD hates, seven that are detestable to him 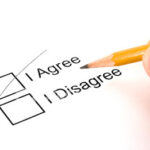 The idea of seven deadly sins probably comes from this verse although the religious list is not quite the same.  The Religious use of the list is one of control and warning rather than wisdom.  They are typically ordered as: pride, greed, lust, envy, gluttony, wrath, and sloth.

There is some similarity between the two but this religious list focuses more on actual sins. In the Book of Proverbs we read a list that invites us to agree with God and ask His help to avoid those things!  It is a list of root problems, of attitudes that cause us to commit sins.  Interesting that both lists begin with PRIDE.  So, we have these things to avoid:

GETTING OTHER PEOPLE INTO TROUBLE

STIRRING UP TROUBLE AND DIVISION

Romans 15:5  May the God who gives endurance and encouragement give you the same attitude of mind toward each other that Christ Jesus had,

I don’t think this list we have in Proverbs is intended to be a complete summary of human weakness. The context is one of exposing human nature and warning about straying from God’s ways.  In the New Testament we have something similar:

1 Timothy 6:10  For the love of money is a root of all kinds of evil. Some people, eager for money, have wandered from the faith and pierced themselves with many griefs.