Proverbs 20:18  Plans are established by seeking advice; so if you wage war, obtain guidance.

We all do it – plot and plan, devise and design.  We may be making war on weeds or on a building that needs repair!  We may be planning a wedding,  a holiday, or some other special event.  Sometimes, a Christian might feel that it is between them and the Lord.  “God has told me what to do”.  Sometimes, this has caused real trouble in a church group.  Christians are not called to be hotheads but we are called to be zealous.  A good way to avoid “my way|” and be sure of “God’s Way” is to seek advice.  Just talk about it! 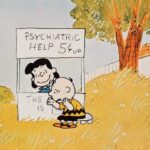 It can feel great to think about being something great, influential, powerful but is it what God has prepared you for?  God helps us do what He has planned not what we feel might be for ourselves, a good plan.

This cartoon points out the folly of attempting to do things God has not prepared us for!

Jesus taught some very challenging things about counting the cost about following Him.  He was advising His listeners to avoid starting things, speaking things that could become idle words, mere boasting, because there was not proper accepting of one’s limitations.  Being a disciple, being like Jesus, needs humility and ability to keep one’s word. Jesus involves Proverbs 20:18 in His teaching:

Luke 14:28-32  “Suppose one of you wants to build a tower. Won’t you first sit down and estimate the cost to see if you have enough money to complete it?  (29)  For if you lay the foundation and are not able to finish it, everyone who sees it will ridicule you,  (30)  saying, ‘This person began to build and wasn’t able to finish.’  (31)  “Or suppose a king is about to go to war against another king. Won’t he first sit down and consider whether he is able with ten thousand men to oppose the one coming against him with twenty thousand?  (32)  If he is not able, he will send a delegation while the other is still a long way off and will ask for terms of peace.