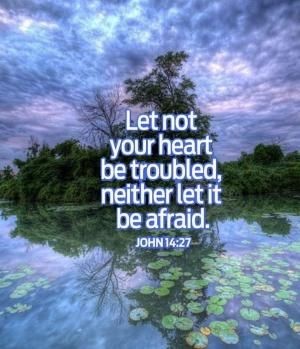 If any of you lacks wisdom, he should ask God, who gives generously to all without finding fault, and it will be given to him.

I have been puzzled by the apparent “wisdom” of interviewers and journalists.  A politician responded to a question, saying that it was a minestrone of instructions and questions.  Something like that.  My thought is that the saturation of talk about the Corona virus is doing little to help people be positive and sensible.  Rather the talk creates mistrust and worry.  Perhaps, as a nation, we have become far too good at telling everyone else what to do and being “knowalls”  in areas where, truly, we have know expertise.  These are days for Christians to bring God’s answers to the situation.  At least we can claim to have some “expertise” in the area of Christian Faith.

It is too easy, often costs nothing, to judge something after is has happened. Or to advise after the critical moment, what ought to have been done.  Such criticisms and judgement are far too common even in the attitudes of God’s children.  Listening to the news in the present crisis brings a constant stream of interviewers criticising Government decisions, or lack of them, AFTER the event.  It is so easy to be wise AFTER the event!

The problem with some criticism is that it unsettles people.  An interviewer asks why this or that did not happen, this or that was not done in time.  Maybe the criticism is rightly made.  Often it is fairly received.  BUT – hindsight is a cheap and useless tool in a crisis.  Wise advice about the way ahead is much better.  It is better to consider what CAN be done rather than what ought to have BEEN done.

For people who trust God and believe that the Bible is His Word will always find that God brings wisdom BEFORE the event.  We are guided, we are warned.  Also, God is WITH us in the events.  He is not some wordy expert looking on but not helping.  God is also AHEAD of us.  We can step forward knowing that He is already there for us.

“See, I am sending an angel ahead of you to guard you along the way and to bring you to the place I have prepared. Pay attention to him and listen to what he says. Do not rebel against him; he will not forgive your rebellion, since my Name is in him. If you listen carefully to what he says and do all that I say, I will be an enemy to your enemies and will oppose those who oppose you.  Exodus 23:20-22

“Do not let your hearts be troubled. Trust in God; trust also in me. In my Father’s house are many rooms; if it were not so, I would have told you. I am going there to prepare a place for you. And if I go and prepare a place for you, I will come back and take you to be with me that you also may be where I am.   John 14:1-3

The LORD himself goes before you and will be with you; he will never leave you nor forsake you. Do not be afraid; do not be discouraged.”  Deuteronomy 31:8

One night the Lord spoke to Paul in a vision: “Do not be afraid; keep on speaking, do not be silent. For I am with you, and no one is going to attack and harm you, because I have many people in this city.”  Acts 18:9-10